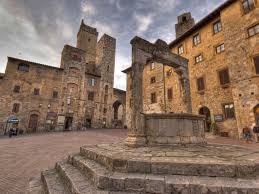 San Gemini is a charming medieval town built on the ruins of an ancient Roman settlement.It’s worth a visit the Palazzo Vecchio and the Tower Esperia (XII-XIII century) with the bell dating back to 1318, the symbol of the free city, the Church of San Francesco, with its Gothic portal and its wooden door, in which you can admire the frescoes, including the Crucifixion with St. Francis and St. John at the foot of the Cross.
Must also see the Cathedral of San Gemini (XII century) which houses paintings of the seventeenth century and stucchi including the “Martyrdom of St. Sebastian” and “Madonna and Child with Saint Bishop.” 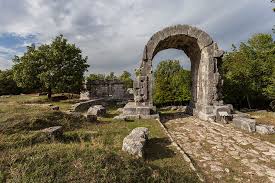 2 Km from Sangemini there is an important Roman archaeological site, named Carsulae, where you can admire the remains of a basilica, a Roman theater and a Roman amphitheater, monumental tombs, baths and a stretch of the ancient Via Flaminia. Must see the Arch of San Damiano, with the homonymous church.

Last stop is the Park of the Sources of the famous mineral water named Sangemini.

Sangemini is 22 Km far from Amelia and can be reached via the E45 in the direction of Terni, exit San Gemini