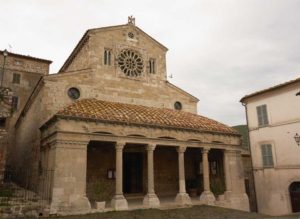 Lugnano in Teverina (12 Km from Amelia) is a medieval and renaissance town of Roman origin, overlooking the Tiber valley and it’s counted among the most beautiful villages in Italy. Not to be missed is the Collegiate of Santa Maria Assunta of the 12th C., considered one of the most beautiful Romanesque churches in Umbria. You should also visit the Palazzo Farnese, the convent of San Francesco and the convent of St. Anthony, the Roman villa of Poggio.